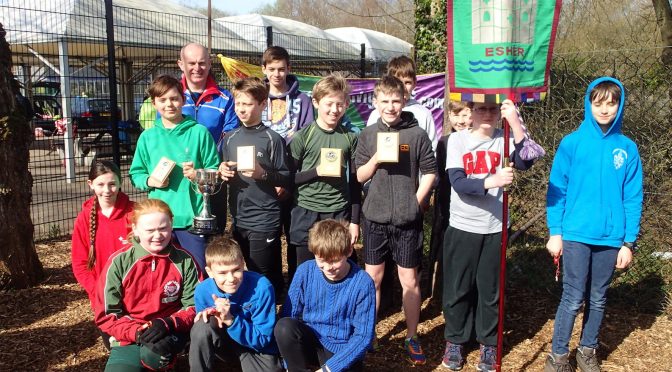 Esher Scouts Orienteering Club has won the 2016-17 Southern Navigators Saturday Series trophy, for the second year in a row. There were some great individual performances with four scouts – two from Hinchley Wood – finishing first and second in two of the age groups.

The scout team scored 64 points from a maximum possible 66, with five event victories and one second place. Second place St Andrews School scored 54 and Tomlinscote had 50 in third.

Also in the B7 age group and in their first season of orienteering, Alex Dall came ninth on the back of four runs, and Jamie Bingham came 15th with only three runs and a great result at the penultimate competitive event – both from 1st Claygate – showing great improvement over the series.