With a few early evening summer rays still around in late September, some very excited Beavers headed off to enjoy the delights of Laser Tag at Campaign. Everyone was kitted up in army fatigues, supplied with a laser gun after a safety briefing and sent off into various scenarios to play ‘Capture the Flag.’ 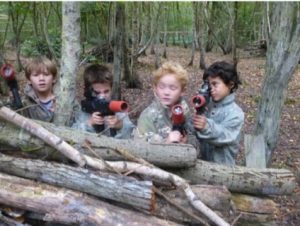 It was a great way to burn off some energy whilst enjoying the great outdoors: running round the woods, hiding in the buildings, trenches and camouflage areas shooting each other (but with the added bonus of no pain or paint splatter to contend with). 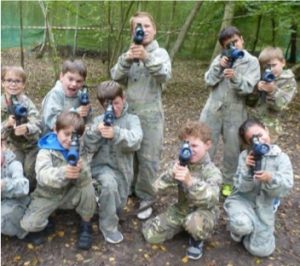 Some unexpected young ‘commanders’ came to the fore, organizing their team with much shouting and encouragement – a healthy rivalry in a fun afternoon’s entertainment. An hour and a half later, some very hot weary Beavers returned home after ‘their best trip yet!’