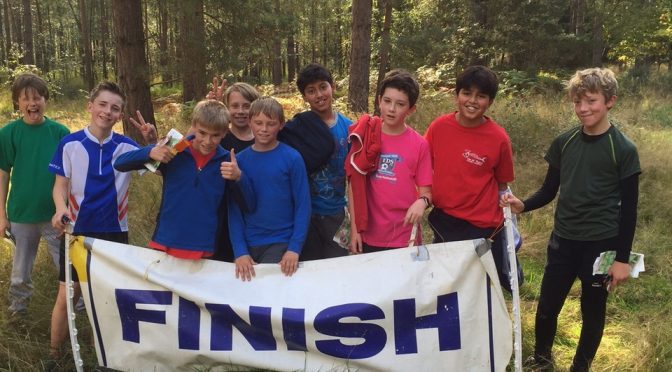 Esher Scouts Orienteering Club (ESOC) has had a great start to the orienteering season, winning the first two events in the Southern Navigators’ Saturday Series. This gives the club 22 points, six points clear of St Andrew’s School and Tomlinscote in joint second place. 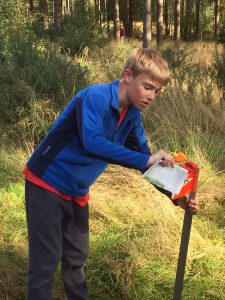 The club had strong results at the second event at Bramshill in Berkshire. On the yellow course, pairs of scouts secured tightly-contested third, fourth and fifth places with less than 20 seconds between them. On the longer and harder orange course, individual runners William Emmerson, Benedict Davidson and Idris Wills were placed second, third and fifth respectively. Individual runners and those running without adult support score higher points in the competition.

The third event of the Saturday Series takes place on Saturday 12 November at Eagle House School, between Sandhurst and Crowthorne near Bracknell. This is a change from the previously advertised location (Ash South).

ESOC is an informal orienteering club affiliated to South London Orienteers which draws its members from the ten scout troops in the Esher District. Recently the most active troops have been Claygate, Hinchley Wood, the Molesey troops and Oxshott. The club won the 2015-16 Saturday Series and the 2016 Surrey Schools & Youth O-Festival. 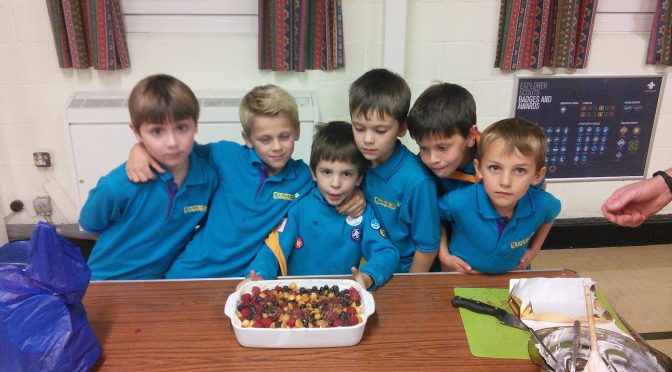 1st Hinchley Wood Beavers have had a busy start to the autumn term. They have completed their cycling badge, had a visit from the Chelsea Foundation and spent an evening cooking international food: sushi, samosas, cheesecake and tiramisu. All was made and tasted by the Beavers! 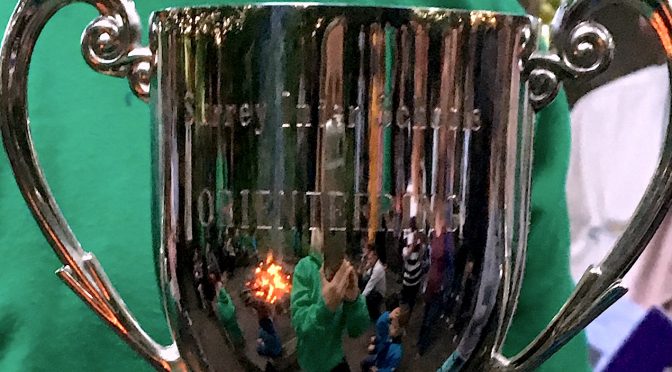 Esher Scouts Orienteering Club has continued its run of form in 2016 by winning the Surrey Schools & Youth O-Festival. The competition was organised by Mole Valley Orienteering Club and held on Monday 27 June in Norbury Park, across the River Mole from Box Hill south of Leatherhead.

The two courses – Yellow and Orange – were more challenging than the team were used to and vegetation was particularly high after the recent rain. However that didn’t hold the team back.

William from Hinchley Wood won the Yellow course by 40 seconds, with Idris also from Hinchley Wood, in fourth place. Their younger siblings Cai & Bronwen and Harry & Nicholas finished as pairs in eighth and ninth place.

Despite fielding a relatively small turnout, and with everyone still in their first year of orienteering, Esher Scouts took first place with 72 points ahead of George Abbott School with 65 points and Tormead and Boxgrove in joint third with 63.

Our Explorer Scouts have also been excelling themselves. For the second successive year they won the trophy for the fastest team of under 25 year olds to complete the 4 Inns walk. The 4 Inns is a national competition to walk 65K across the Peak District within 24 hours and this year they completed this in exactly 15 hours.

Another 1st for 1st Hinchley Wood – Congratulations to our Scouts for convincingly beating all other teams within Esher District as well as those from outside Esher District.

Our chefs were back on form winning this competition that we had been narrowly been squeezed into 2nd place in 2014. Well done cooks! 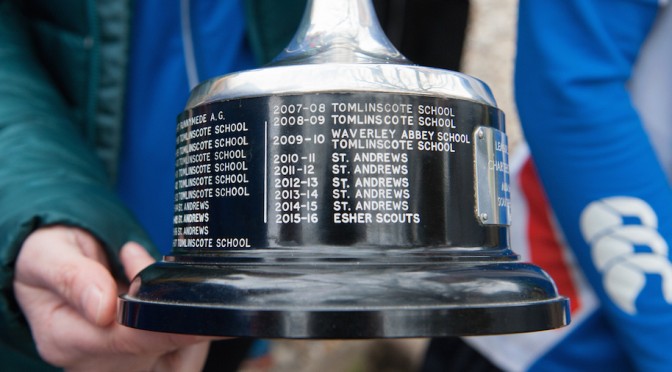